What the Cross Really Means 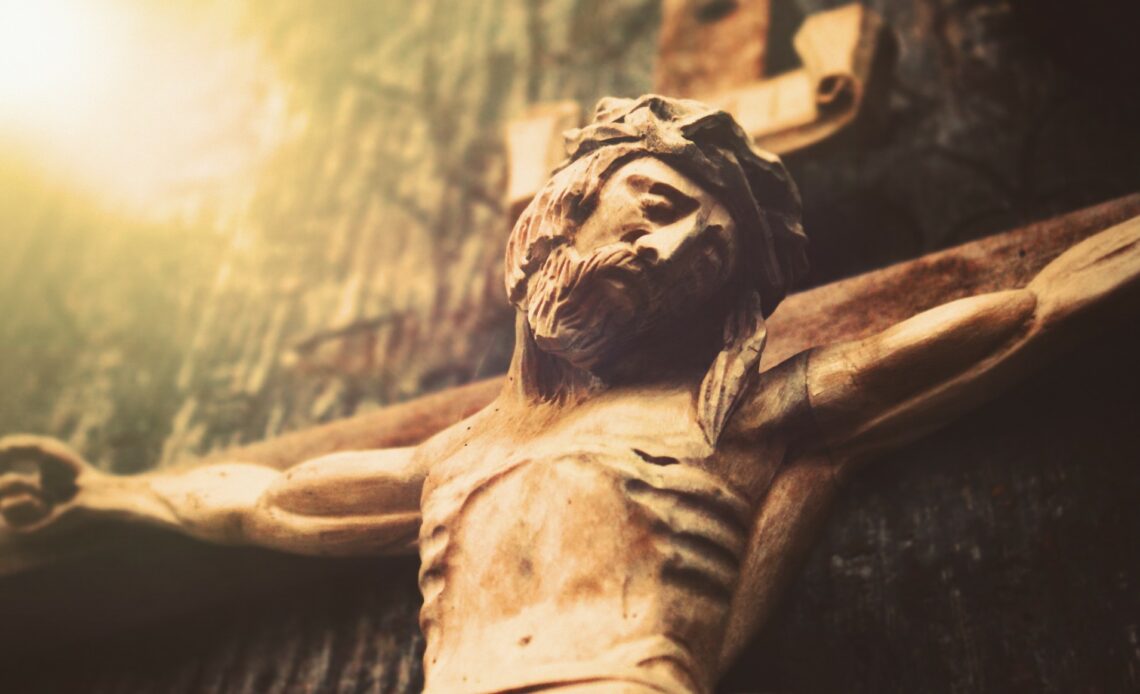 The cross is one of the most recognizable emblems in Christianity. Over the course of the thousands of years that have passed since the Roman empire, crosses have become a common sight in churches of all denominations. Additionally, crosses are common everywhere else; jewelry, clothing and home décor often contain the imagery of the cross. As we get deeper into this Easter season, Christians have the opportunity to take a deeper look at the cross: what it means and what it accomplished. The cross of Christ is much more than a symbol or a piece of jewelry. Instead, it represents the ultimate price that was paid to atone for the sins of all humanity.

The History of the Cross

Crucifixion on a cross was created a few hundred years before Christ by the Persians. As centuries went by, the Romans adopted crucifixion as the means of execution for the most serious of criminals. History teaches us that the severity of the crime committed would usually dictate how someone was attached to their cross. For instance, thieves were routinely tied to their cross and would often hang there for several days before eventually dying.

Offenders who were considered more serious criminals were attached to their cross with seven-inch nails through the wrists in a way that the bones would have to support the entire weight of the body. Additionally, the knees would be bent at a 45-degree angle and another seven-inch nail would be driven through the feet. Typically, those who were sentenced to death by this method could survive no more than 24 hours. The limbs would stretch because of the bodyweight they were bearing, sometimes getting 6-7 inches longer than they were at the start. Make no mistake about it, crucifixion was one of the most torturous, brutal deaths that anyone could experience. Yet, that is the method that God chose when creating the plan for our eternal salvation.

The concept of blood being shed as a means of forgiveness dates back to the Law of Moses. In Old Testament times, there was an annual celebration where everyone would bring an unblemished, spotless animal to temple. The priest would then perform a ritualistic execution of the animal where the shed blood of a spotless animal served as an atonement for the sins of a household.

Leviticus 17:11 (NKJV)
For the life of the flesh is in the blood, and I have given it to you upon the altar to make atonement for your souls; for is it the blood that makes atonement for the soul.

This verse is referenced thousands of years later by the writer of Hebrews:

Hebrews 9:22 (TPT)
Actually, nearly everything under the law was purified with blood, since forgiveness only comes through an outpouring of blood.

However, the writer of Hebrews used this as another opportunity to discuss how Christ’s sacrifice was superior to the Old Testament law just a few verses later:

Hebrews 9:25-26 (TPT)
Under the old system year after year the high priest entered the most holy sanctuary with blood that was not his own. But the Messiah did not need to repeatedly offer himself year after year, for that would mean he must suffer repeatedly ever since the fall of the world. But now he has appeared at the fulfillment of the ages to abolish sin once and for all by the sacrifice of himself.

Thousands of years before Christ would offer His own life as the ultimate sacrifice for humanity’s sins, God explained to Moses that the forgiveness of sin requires the shedding of blood. Much like Israel had to bring animals that were without any blemishes, Christ’s sinless life made Him the only option for a one-time sacrifice that would provide the blood that was

Throughout Scripture, sin is equated with sickness. That is because much like sickness leaves the body lacking wholeness and peace, sin has the same impact on the soul. However, the sacrifice of Jesus Christ on the cross provides the healing that we need for our sin-sick souls.

Isaiah 53:5 (ESV)
But he was pierced for our transgressions; he was crushed for our iniquities; upon him was the chastisement that brought us peace, and with his wounds we are healed.

Many people have attributed the promises made in this verse to God’s ability to heal physically. While He is certainly capable of healing us of our physical infirmities, this verse speaks to the sickness that has infected the souls of man since Adam and Eve ate of the forbidden tree in the garden: sin.

God views sin as a sickness; a sickness that we are not able to cure ourselves of. While we should certainly thank God for the advances of modern medicine, there is no medicinal cure for a condition that separates the soul of man from God. The sinful state of humanity requires a healing that can only come from the shed blood of Jesus Christ.

The 53rd chapter of Isaiah paints a beautiful picture of a caring Savior who paid the ultimate price for His people. The words that God spoke to Isaiah in this beautiful chapter illustrate the fact that one of the primary purposes of the cross was to offer a cure for the sickness of sin.

The Cross Built a Bridge

All throughout history, various world religions have been founded and based on the concept of humanity trying to reach the object of their worship. Whether it’s through good works, religious rituals or some other means, Christianity stands alone as the only religion in which the Divine came to humanity. Make no mistake about it; Jesus, the only begotten Son of the Father, had the option to call off the crucifixion. The night that he knelt in the Garden of Gethsemane, Jesus acknowledged His own dread of the coming punishment, but submitted His will to that of the Father.

Luke 22:42 (TPT)
Father, if you are willing, take this cup of agony away from me. But no matter what, your will must be mine.

The will of God the Father was clear: it would take the death of His son to provide the atonement that humanity needed for our sins. The night that Jesus prayed in the garden, He submitted His will to the will of the Father and accepted the cross as part of the ultimate plan. The fact that the cross provided a way for God to reach man so man could reach God is illustrated beautifully in what is perhaps the most quoted verse in the Bible:

John 3:16 (TPT)
For this is how much God loved the world-he gave his one and only, unique Son as a gift. So now everyone who believes in him will never perish but experience everlasting life.

When God gave His only Son, He built a bridge from earth to heaven. The Old Testament law that we discussed earlier came with a set of requirements that we would never be able to meet. In allowing His won to endure the cross and suffer the most horrific of deaths, God built a bridge from Heaven to Earth so that all of humanity would have the ability to eventually make it from Earth to Heaven. With only two pieces of wood, God built a bridge that would fill the gap between the temporary and the eternal so that we could experience forgiveness of our sins.

God, thank You for the cross. Thank you for the unlimited, unending love that You displayed by allowing Your only Son to be subjected to the cruelest death imaginable so that I could experience everlasting life. Lord, I realize that without the cross, there would be no forgiveness for my sins, no healing for the sin-stricken state of my soul and there would be no way for me to ever spend eternity with You. This Easter season, help me to gain a new appreciation for the sacrifice that You made on the cross of Calvary, taking my sin, forgiving my iniquities and saving my soul. In the name of Jesus, Amen!

Christianity Creator CRoss Crucifixion Crucifixion on a cross Easter Forgiveness History of the Cross Jesus Christ Lent
13702
52
Share
We use cookies on our website to give you the most relevant experience by remembering your preferences and repeat visits. By clicking “Accept”, you consent to the use of ALL the cookies.
Do not sell my personal information.
Cookie settingsACCEPT
Manage consent