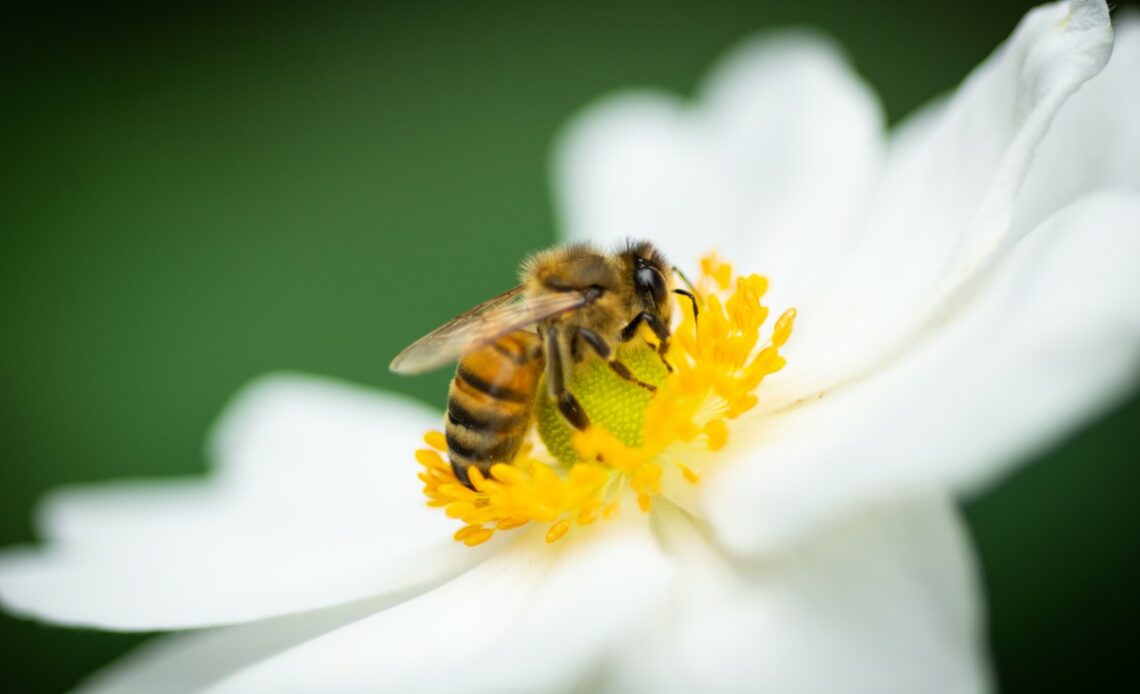 The honeybee is a small yet mighty creature. Most people shew them away or get out of their path, but did you know how important the bee is to the world’s ecosystem? They buzz about from one flower to the next, gathering their nectar to help plants’ reproductive states.

It’s fascinating to consider that over one-third of the world’s food supply depends on these little workers. If they cease to exist, your food supply is in grave danger. These dutiful insects were once aplenty, but things changed and altered the number of honeybees in 2006.

It’s not just a problem in America, as other countries like France, Germany, Italy, and even Spain have noticed that these bee colonies are disappearing into thin air. Beekeepers are finding hives that are utterly empty of new life, and the only thing that remains is the carcasses of dead bees. Things have gotten so bad that scientists have coined the phrase “Colony Collapse Disorder” to name this phenomenon.

If a solution isn’t found to control the reduction of this precious bee, it could directly impact the world’s food supply. The real question is, why are these bees disappearing in droves? Some say that it’s from the growing use of pesticides, while others theorize that it’s because of malnutrition and viruses.

Yet, another group believes that radiation from cell phones is to blame for the odd vanishing. Though scientists are working hard to resolve the issue, they’ve realized that the world is in danger if the very key that God created to help in plant reproduction is gone. When considering the wheel of survival here on earth, they’re the cog you can’t live without.

The Extinction of Christians

The disappearances of these bees need to be stopped soon, but this problem also has many similarities to another worker that’s becoming extinct, the Christian. The present and eternal future of all humanity depend on these vital workers. Each day it’s easy to see that the world is turning away from Christianity and more towards a liberal lifestyle.

According to a study, the number of atheists in this country has drastically increased since 2009. Being Christian is no longer cool or an acceptable thing to do. Though things are looking pretty grim these days for people of faith, it’s actually something that’s happened over time.

On June 25, 1962, the US Supreme Court ruled that prayer would be removed from schools. The schools once not only used prayer but taught Christian-based principles along with their courses. Society is doing everything possible to silence the Christians, and with these changes have come some grievous consequences.

Children are no longer taught to listen and respect their parents, as they have constitutional rights and must stand up for their beliefs. TV, radio, and newspapers openly mock God and anything to do with Christianity, even denying His very existence. Another significant blow was removing Christ from Christmas and Easter.

Public workers are told that using the term “Merry Christmas” is not allowed, but they’re to say, “Happy Holidays.” Instead, fictional characters like Santa Claus and the Easter Bunny became the star of the holidays. How far has the earth separated itself from the hand of the Creator? Is this why there’s confusion and chaos on every corner?

The Shifting Foundation of The Land

People no longer call on God in times of trouble, and divine assistance has been reduced to the statement that “Our thoughts are with you.” You need more than thoughts to get you through this life, as you need a touch from the Master. When the school shooting happened in Uvalde, Texas, people were quick to send their thoughts, but prayers were what was needed.

Sadly, many Christians have succumbed to that pressure, and they now must worship in private. They’re afraid to reach out to people, offer their help, and pray for them. How the tides have turned in this country, as a nation founded on “In God We Trust,” has now become one that’s tried to remove Him from every aspect of the land.

Much pressure is being put on Christians, and many have succumbed to that intense force. Ministers, politicians, and other authoritative figures are afraid of being politically correct, so they no longer preach the gospel without fear. They’re scared to speak out on sin because it might be offensive, or worst yet, they might find themselves in the middle of a lawsuit.

Christians could speak boldly and tell others about the love of God, but now their influence is no more than a mere weak whisper. Just like the bees are disappearing at alarming rates, so are the Christians. When the last godly influence leaves this earth, this world is even more trouble than what’s happening now.

God and the Holy Scriptures are the only roots of mortality this country has left. When America rejects Christianity and God, there will be no stopping the crime and other sins that will take over the land. The Lord said that the church would cry “even so come quickly” in Revelation 22:20.

In a culture where you should do whatever feels good and not be so quick to label wrong as wrong, it opens the door and removes the conviction that comes from such acts. Adultery and fornication are now commonplace, and those people who get married and make a commitment before God and man are now dwindling. Do you see what’s happening?

Crime rates are now so out of control that many states allow people to carry guns without a permit to protect themselves. Many states are signing bills into law that will enable teachers to bring guns into the classroom to ensure the safety of students. Much of the tax dollars are spent on police presence to keep decency and order in areas where it’s becoming impossible.

The child growing up today doesn’t have a moral compass to know what’s right and wrong, as anything goes. The very definition of what’s acceptable comes from the group that has the most power and the loudest voice. Whether or not you believe what they say, many go along with them for fear of being singled out.

The world is in great turmoil, and it’s because Christians are becoming extinct. God’s truth is being silenced so people can be free to express themselves in whatever way that feels good. The scripture talks about the very time you’re living in. In 2 Timothy 3:4, the Bible talks about everything that’s happening right now.

It states that people will be without natural affections, despise what’s good, love pleasures more than God, and turn away from Godliness. The number of Christians is dwindling at an alarming rate, but God isn’t going to let this happen for long. He says in Mark 13:20 that if He doesn’t shorten the days, even the very elect won’t be saved.

The time is at hand, the gate is about to close, and Jesus is about to return. The honeybee reminds us of a valuable lesson that their disappearance significantly affects this world as it hurts the food supply. However, the Christians disappearing just as fast is bringing about moral issues. When you take away God and His holy influence over this land, you’re taking away order and the ability to lay your head on the pillow at night in peace.

Prayer for Boldness and Strength

Lord, in a time where the Christians are taking a backseat and sitting down to blend in, help me to rise and be counted. I’m not ashamed of You or the gospel, as it’s been a light to me in my darkest hours. There’s a moving and shaking in the land, and there may come a time that saying you’re a follower of You means you’re committing a crime. I don’t know what will happen tomorrow, but I know that I trust you in your infinite wisdom. Even so, come quickly and rescue your church, Jesus. Amen

Extinction second coming shortening the days Sin
656
4
Share
We use cookies on our website to give you the most relevant experience by remembering your preferences and repeat visits. By clicking “Accept”, you consent to the use of ALL the cookies.
Do not sell my personal information.
Cookie settingsACCEPT
Manage consent